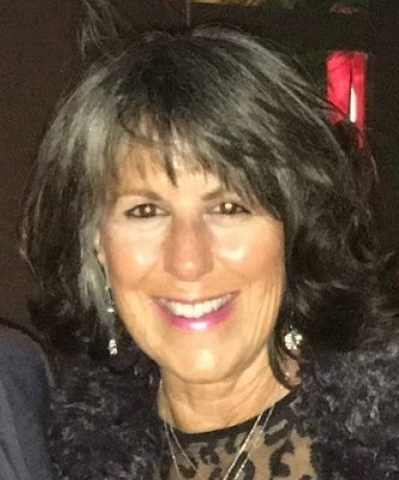 MARKS TOOK ON AND BEAT GOLIATH (THE TELECOM INDUSTRY) IN DECEMBER, 2019
CTIA took their case against the Berkeley Cell Phone Right to Know to the Supreme Court of the United States and lost- learn how Marks orchestrated this and how to get this done in your city or state!

In 2008, Ellie fell into the cell phone/brain tumor world when her husband was diagnosed with a brain tumor attributed to his cell phone use. After studying this extensively and going public with this information by testifying to the United States Congress, appearing on Dr. Oz, The View, Larry King Live and other shows Marks has heard from hundreds suffering or now deceased because they did not know cell phone emissions are tested away from the body. Marks is determined to change that with warnings at the point of sale and educating the public. Marks and her son founded The California Brain Tumor Association in 2009- the non-profit focuses on prevention of primary brain tumors. Marks co-produced the award winning documentary “Mobilize” and is a central figure in the award winning film “Generation Zapped”.

Marks was the driving force behind the city of Berkeley’s landmark law placing cell phone safety information at the point of sale. She brought in Harvard Constitutional Law Professor Lawrence Lessig to defend Berkeley pro bono and after a 4 year legal battle, with the industry appealing twice to the Supreme Court of the United States, Berkeley’s law has been determined legal and the CTIA loses the case. She and colleagues are now taking this important law to other cities and states- beginning in the Ninth Circuit.
She needs the public’s help in doing so.

Marks also helped get the California Department of Health to release a cell phone and health document which they suppressed for 8 years to the public in 2017. In 2017 Marks chaired a group of professionals fighting California’s SB 649- a law which would have usurped all local input and authority in the placement of cellular facilities. They were successful in getting the Governor to veto this bill.

Marks currently dedicates her time to working on the Right to Know, helping with 5G and cell tower issues across the United States and helping brain tumor patients. She gives speaking presentations nationwide on the truth behind wireless radiation and how to live as healthy as possible in this wireless world.