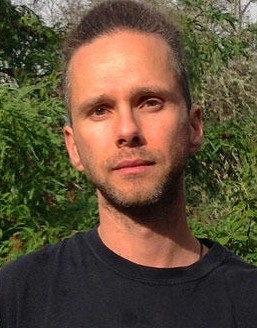 Matt Landman has dedicated his life to activism. He is the creator of Frankenskies, the groundbreaking documentary which exposes the ongoing geoengineering, and weather modification programs in our skies. Frankenskies shows the harmful effects of climate engineering on human health and the environment, as well as the questionable ethics and intentions of the groups involved. Matt is currently working on a second film, Frankenskies 2, set to be released next year.

Matt has appeared on over 300 radio shows, podcasts, and independent media broadcasts. He presents unprecedented information directly from official documentation and accepted research. Through grassroots activism, film, interviews, and international summits, Matt has gained recognition as a leader in chemtrail activism and awareness.

What sets Matt apart is his hands-on approach to activism. In 2018 he led the third Global Summit to Stop Geoengineering in Tucson AZ, which possibly prompted the cancellation of the SCOPEX sky-dimming experiment, set to launch publicly the aerosol agenda. He also went up against Verizon representatives in Danville, CA to help citizens fight the rollout of a dangerous 5g data network in their communities.

Matt is EMF sensitive, and aims to bring to light the dangerous reality of 5g wireless technology, which has been shown to be so harmful that it could potentially be weaponized. His mission is to be proactive, (not reactive) in providing a way to mitigate the dangers of a foreseeable 5g environment.

Matt is leading the charge to protect people from harmful electromagnetic frequencies with his new project, EMF/RFR shielded SPERO protection clothing. Matt is now providing protective hats, shirts, underwear, and frequency-blocking maternity aprons to protect us where we are most vulnerable. Matt aims to fully protect every person from the dangers of 5g before the technology hits widespread adoption.

In June of 2017 Matt released the groundbreaking documentary, Frankenskies, which will be shown at the LiveAware Expo.